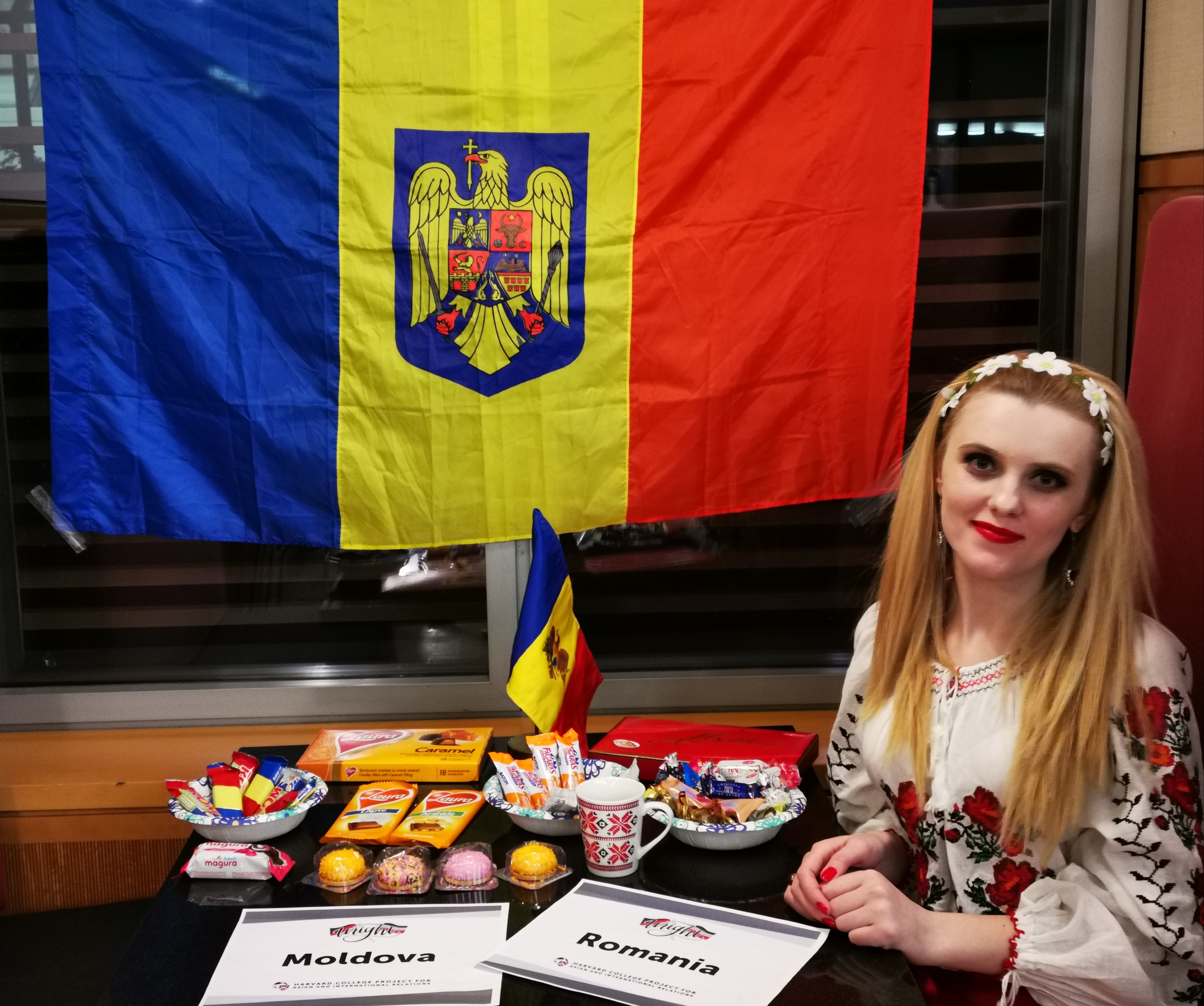 “Believe you can and you’re halfway there”, said Theodore Roosevelt and I completely agree. The other half can be covered by the people who believe in you, gave you wings to fly and power to fight for your dream. Like every student, I have always dreamed to visit Harvard University. Thanks to exceptional people who trusted and supported me to pave my way into Harvard, I fulfilled my dream.

My trip to Massachusetts started exactly on Valentine’s Day. I think I was in love with the world because I spent that day in 3 countries: Romania, France, USA and I flew over many countries for about 11 hours.  It was the longest Valentine’s Day in my life, because of the difference between the time zones. Moreover, I fell in love at first sight with Boston.

During 15 – 18 February I had the amazing opportunity to be the delegate of Romania and Moldova, Governance and Geopolitics track, in the Harvard College Project for Asian and International Relations. I can’t express the amazing feelings I had there. They were 4 exceptional full days. As the theme of this conference was “Ignite: inspiring a new global narrative”, I’ve been so inspired by all the people I had the chance to meet there: speakers, moderators, organizers and delegates.

On the first day of the conference, my dream came true. I had the opportunity to visit Harvard University. I’ve found out what the gate to success looks like (Johnston gate). I have learned more about Harvard’s history. I’ve seen the Harvard campus: Harvard Hall, the Science Center, the statue of John Harvard (which is not actually the statue of John Harvard, long story), the Memorial Church, the Widener library, the dormitories.

In the evening, we had an unforgettable Opening Ceremony at the Ritz Carlton Hotel in Boston, where I could meet and interact with people from all around the world. The keynote speakers were: MK Tang, the Chief China Economist at Goldman Sachs, George Yancopoulos, President Regeneron and Mr. ANM Muniruzzaman, CEO Bangladesh Institute of Peace and Security Studies.

In the next three days I had an incredible learning experience. We had a platform to cooperatively confront emerging challenges in Asia and international world through dialogue and exchange that transcend geographical and cultural borders. First, we have discussed with our panelists from Harvard, MIT, Tufts, Northeastern University and RAND Corporation about the rise of China: a new geopolitical world order.

During this panel, I was touched beyond the words. Our moderator was Michael Beckley, who wrote the article “Power of Nation”, about what I have done a scientific review as homework for my master exactly one week before this panel. I did not know in advance that he will be the moderator because only speakers appeared on the list of panelists. In the end, I had the opportunity to speak with him about this amazing coincidence. I showed to the professor the scientific review of his article. He was surprised and happy (you can see that in the photo ). And this is only the start of amazing opportunities HPAIR – The Harvard College Project for Asian and International Relations offers us!

After the Carnival, we had celebrated the international cultures through performances which showcased the unique musical, theatrical and dance talents of the multicultural delegates.

The next day started at Central for Government and International Studies with a seminar regarding the new chapter for the Korean Peninsula, held by experts from Harvard Kennedy School Belfer Center. Then, we had a panel who started with the janitor’s answer to the question of the president John F. Kennedy during his first visit at NASA headquarters:

The race in space topic was held by speakers from NASA, SpaceX, Harvard Business School, and Pardee RAND. Two amazing opportunities appeared in my life there: to join the Space Generation Advisory Council and to attend a summer school regarding space exploration. I have realized that my dream “to make a visit” to the moon (the astronomical body to which I am associated by my friends) is not as infeasible as I was thinking before. Additionally, I was delighted to meet there Mr. Moon Kim (again #moon, such a “coincidence” with the name). He has a career at RAND, Morgan Stanley and NASA, where he contributed to the development of a satellite servicing spacecraft.

Last day of the conference. 1st Impact Challenge on Humanitarian Policy at HPAIR – The Harvard College Project for Asian and International Relations. The first impact was on me actually. It was challenging to be judged by experts from UNHCR and CARE and to work in a team with students from different parts of Asia: Sherry from China, Tommy from Singapore and Jasmine from  Hong Kong. We had only 4 hours to prepare for a 5-minute presentation on a refugee crisis. We had little to no prior expertise about it, but we have worked hard, we’ve tried to think outside the box when developing our proposal, and we have discussed it with the mentors who have dedicated their time to teach us.

Our challenge was to generate an impact on Yemen’s Cholera Crisis. Yemen is in the grip of one of the worst humanitarian catastrophes in the world — 3 million people have been forced to flee their homes because of increased violence in the country – and more than 22 million vulnerable Yemenis are in immediate need of humanitarian assistance. The infectious disease Cholera is likely to be found in developing countries because of the contaminated food and/or water. Triggered by its rainy season annually, inadequate water treatment and poor sanitation remain major culprits in the case. Our proposal focused on freeing cholera and procuring cutting-edge, low-cost clean-water technologies and a medium-to-long term plan that capitalizes on the current Hadi-Houthi ceasefire to transform Hudaydah port into a Special Economic Zone conducive for rebuilding Yemen’s water infrastructure and sustaining the livelihood of refugees.

In the evening, the organizers prepared for us an extremely amazing Closing Ceremony at Charles Hotel in Cambridge, Massachusetts. We had two exceptional speakers: Richard Robinson, Founding Partner at nHack, and Dino Patti Djalal, former Indonesian Ambassador to the U.S. They encouraged us to believe in ourselves and to be change-makers in the society.

Then, the judges announced the winners. Unbelievable, but our team’s proposal has won from the jury made up of experts from UNHCR and CARE. (Secret: the jury told us it was very difficult for them to decide between us and the winning team because both proposals were very very good).

Very last event of the evening was Entertainment Night. The best part, I could say! It was amazing to have fun and to learn the dances of people from other countries. We needed this recreation after 4 days full of activities… and I realized something: the delegates that I have met there are not only smart but also friendly, talented and #partypeople.

I thank the HPAIR team and delegates because they paved the way for truly life-changing moments through this tremendous conference. Learning and have fun across cultures were amazing experiences!

Olga Bodrug is a HeySuccess Premium Club Member. She is from Moldova. She has a background in finance and currently studying Economic Diplomacy in Romania. She recently attended a program called HPAIR – The Harvard College Project for Asian and International Relations which she found out about through the HeySuccess platform. You can read her whole HPAIR experience here. Olga says: I would like to thank HeySuccess for all those thousands of opportunities and resources it provides to young people motivated to explore the world and get invaluable international experiences. You can also read her whole HeySuccess testimonial (and why you should join us) here.