How HeySuccess connected 80 young people from 50 countries in 5 days to work together! 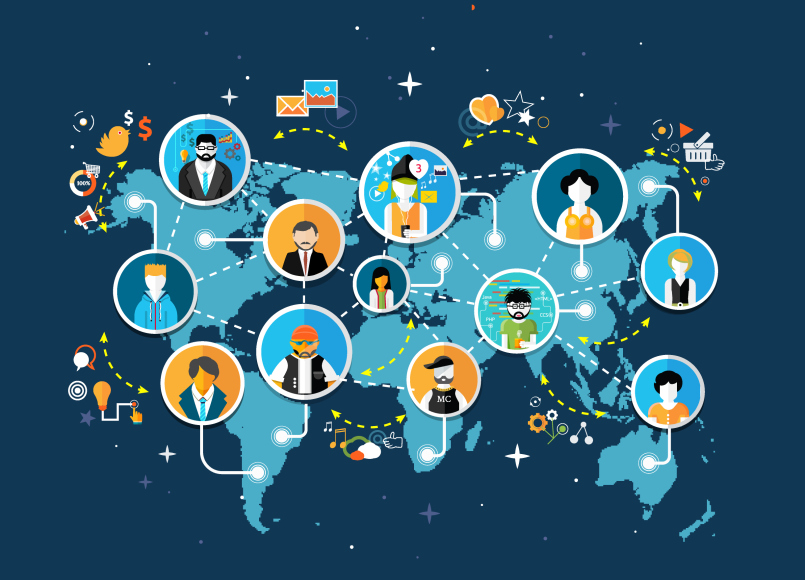 In some parts of the world, it is called a résumé. In others, it is referred to by its more formal Latin name, Curriculum Vitae, or CV, for short. (By the way, did you know that the Latin loosely translates to “the course of my life”? That is according to Wikipedia. We wouldn't know. All we can say in Latin is Et tu, Brutus.) Whatever you call it in your country or language, we DO know that it is the one document that stands between you and that potential dream job.

One would think that everyone gets how important it is, right? And yet, a recent survey conducted by Randstad Business Support among 2 000 workers and employers in the U.K., found that a third of job hunters don't even bother to update their CV's before applying for new positions, despite more than three-fifths of workers being fully aware that their CV's do need to be adapted before they apply for specific jobs!

At HeySuccess, we also know just how crucial a stellar CV is. We know that a well-written résumé that contains the relevant information will create a great first impression with recruiters and hiring managers, and carve a path for you straight to that job interview and onto the career ladder of your choice. This is why we want to ensure that compiling a good CV is a skill that all of our HeySuccess interns will master.

With that in mind, we recently added a unique, first of its kind Résumé Challenge to Season IV of our Internship. The challenge kicked off with our amazing interns, who hail from all across the world, first undergoing two days of extensive training on how to write a great résumé. Armed with their new skills, they were then divided into 29 teams, and matched up with one random person – who was called a “student” for the 'sake of this exercise. These 29 “students”, also from all over the world, were chosen out of 180 applicants who already had résumés and wished to improve it. During a live draw, which happened via a Google hangout (and can be viewed here), the names of the 29 lucky “students” who were going to have their CV's polished were selected and they were matched up to the different teams of interns.

The teams of interns then put their newly acquired skills on how to compile a good CV, the HeySuccess-way, into practice when they worked with their fellow team members and with their particular “student” charge to edit the person's CV. They accomplished this feat by e-mailing back and forth and through some Skype calling sessions.

So, was the challenge a success in the end? Did the fact that team members were all in different countries from each other as well as from their “student” matter at all? Here's what some of the “students” had to say after working with the HeySuccess interns and receiving their revamped CV's.

Paul, one of the chosen “students”, who is from Senegal, admits that he was sceptical at first. “First of all, I did not believe in this program,” he says. “I hesitated too much before replying to the first e-mail I received from the team. But when we began to talk, I noticed that it was very serious. The team was very positive and available to upgrade my résumé.” He adds that the Skype sessions was actually an amazing way to work together and a method to create participation. His final verdict? “I am really happy with my résumé now and I can't wait to take part to another program!”

Her one intern's commitment to the task was what impressed Jelena, the chosen “student” from Serbia: “I am positively surprised with the amount of dedication I could see in Verica's work. For example, she stayed up all night (more than once) working on my CV and she made sure she double-checked all the information. She worked on my CV thoroughly, reviewing every detail.”

And the résumé writing interns? René, a student from South Korea says the entire HeySuccess internship experience is not too unlike having a long distance relationship. “The same with the internship, specifically the task about the CV, whenever you want to transmit a message or correct something, it becomes not about the “I will do it”, it is all about the “we will do it”.”

Tamara  says that she has always felt that this was exactly the kind of service that should be provided to students. “When I spoke to my student, Paul from Senegal, it was a really wonderful experience, because I realized that students from all around the world are experiencing the same doubts and fears. I can relate to everything that Paul is going through at this stage,” she says. “I felt responsible for him and tried to do the best I could to upgrade his résumé. After I had sent him the new version, he was really grateful and I felt accomplished. It is the best feeling there is – to help someone. It is something that students around the world need, and that's why I think this kind of service should continue to exist and it should become a common thing.”

Special tip: The single piece of advice that will make your resume stand out from 95% of the other candidates